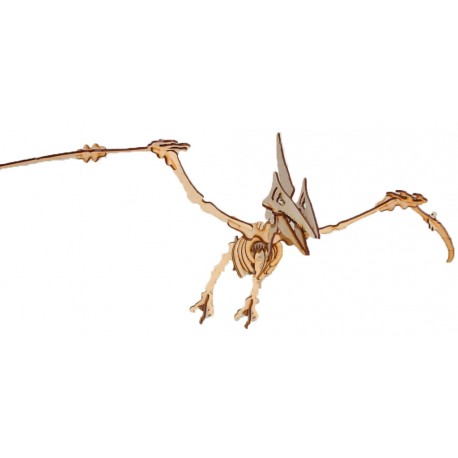 This Pterodactyl 3D Puzzle is recommended for children of 5 years and older.

This Pterodactyl 3D Puzzle is recommended for children of 5 years and older.

Pterodactyl is the common term for the winged reptiles properly called pterosaurs, which belong to the taxonomic order Pterosauria. Scientists typically avoid using the term and concentrate on individual genera, such as Pterodactylus and Pteranodon.

There are at least 130 valid pterosaur genera, according to David Hone, a paleontologist at Queen Mary University of London. They were widespread and lived in numerous locations across the globe, from China to Germany to the Americas.

Pterosaurs first appeared in the late Triassic period and roamed the skies until the end of the Cretaceous (228 to 66 million years ago), according to an article published in 2008 in the German scientific journal Zitteliana. Pterosaurs lived among the dinosaurs and became extinct around the same time, but they were not dinosaurs. Rather, pterosaurs were flying reptiles.